Maisie graduated as a Performing Arts student after fully embracing Derwen College and the extra-curricular activities it offers.
Information for Parents & Professionals

Home Information for Parents & Professionals What’s next? Past Student: Maisie

Maisie graduated as a Performing Arts student after fully embracing Derwen College and the extra-curricular activities it offers.

Achieving Gold Duke of Edinburgh’s Award is an example of the hard work and commitment Maisie gave. She enthusiastically took part in two three-night camping and walking expeditions in Snowdonia, and five days canoeing, sailing and walking at an activity centre on the shores of Lake Coniston.

Maisie also represented Derwen College at sporting events; competing in the National Learner Disability tennis competition in Nottingham and as a valued member of the female football team.

As a member of sign, song and dance group DOT (Derwen on Tour), Maisie was extremely dedicated to her role and actively participated in all rehearsals. She also took part in a number of performances. 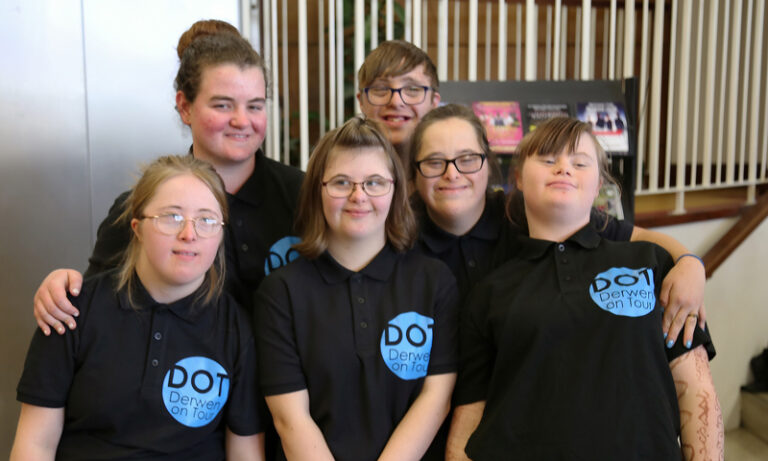 Maisie was part of the Student Union Board as Deputy Representative for Performing Arts, and was always keen to voice her ideas and opinions and to represent the students in her department.

In 2018, she was nominated for The High Sheriff of Shropshire’s Outstanding Young Citizenship Award for her commitment to Derwen College and the community.

Maisie’s parents told us they saw a big change in her. “She has far greater independence, especially in travelling, and good understanding about the retail business and customer service. Also Maisie was able to make her own social life and not be dependent on us.”

Since graduating from Derwen College, Maisie is continuing her education, studying a BTEC in Performing Arts at an inclusive theatre company. The independence skills that she has learnt and put into practice at Derwen, along with her growing confidence and self reliance, have enabled her to move out of home into a shared supported living flat with a friend – another former Derwen College student.