She was awarded Dame Commander of the Order of the British Empire (DBE) in George V’s Birthday Honours. 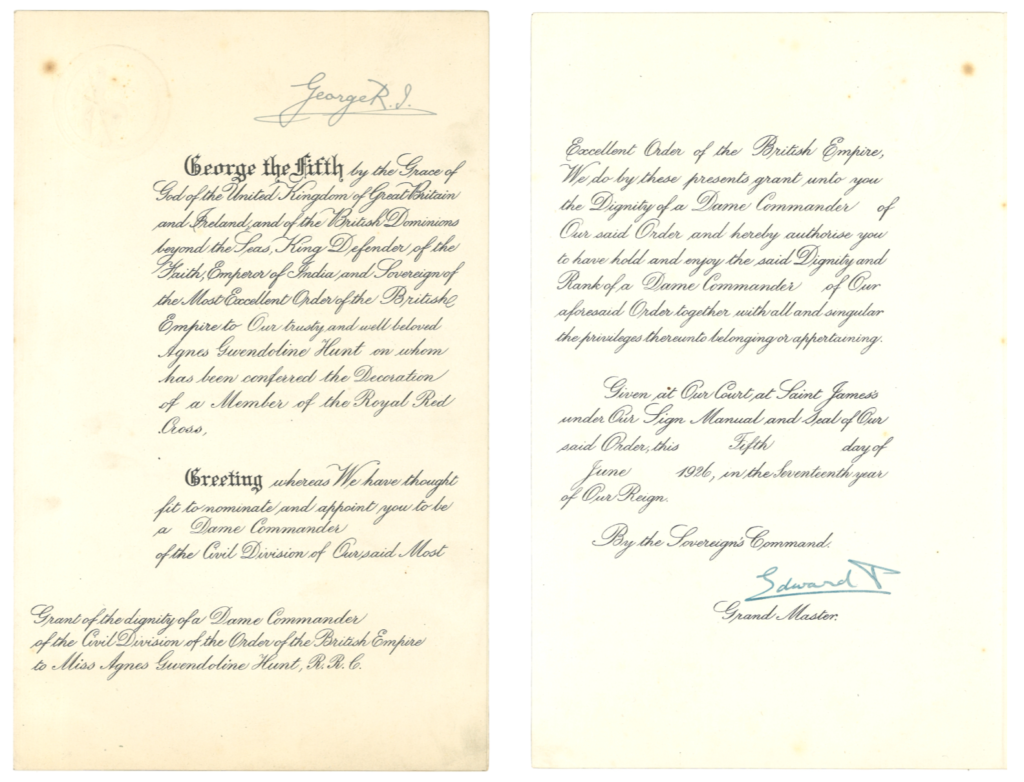 “George the fifth by the Grace of God of the United Kingdom of Great Britain and Ireland and of the British Dominions beyond the Seas, King Defender of the Faith, Emperor of India and Sovereign of the Most Excellent Order of the British Empire to Our trusty and well beloved Agnes Gwendoline Hunt on whom has been conferred the Decoration of a Member of the Royal Red Cross.

Given at Our Court at Saint James’s under Our Sign Manual and Seal of Our said Order, this Fifth day of June 1926, in the Seventeeth year of Our Reign.

By the Sovereign Command

Grant of the dignity of a Dame Commander of the Civil Division of the Order of the British Empire to Miss Agnes Gwendoline Hunt, R.R.C.“