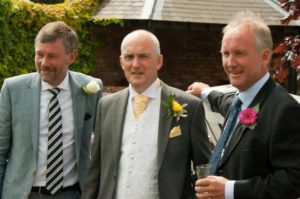 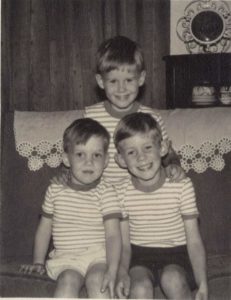 Derwen College launches the Agnes Hunt Village appeal on 7th November, and the request for stories from people who have lived in the life-changing bungalows over the decades has uncovered many fascinating stories.

On 7th November, former residents, businesses and community are invited to find out more about the Agnes Hunt Village, in Gobowen – its history, its present and its future.

Through a £1 million pound Derwen College Charity appeal, the bungalows will be updated to create an ideal stepping stone for students with special educational needs and disabilities (SEND) to gain independent living skills. With the hope that they will move on to future employment and supported living.

The village of 28 bungalows was the vision of Dames Agnes Hunt who founded Derwen College. Building of the village did not start until 1952, four years after her death in 1948 – it was to be her final legacy.

Guests at the launch on Thursday will include people with fond memories of living and growing up in the Dame Agnes Hunt Village, including Bob Hardy. Bob, who now lives in Pant, grew up in Bungalow Number 12 with his mother and father Eunice and Jack Hardy and brothers David and Andrew.

“We lived at Number 12,” remembers Bob. “My dad came to the Robert Jones and Agnes Hunt Orthopaedic Hospital for treatment after being invalided out of RAF. Eventually we moved into the bungalows and he worked at the hospital in Splints and Appliances. My mum nursed at both the Derwen and the hospital.”

Bob’s parents remained living in the bungalows until his dad passed away in 1974 . His mum Eunice moved to Oswestry soon after. Eunice died in 2011 at the age of 84.

Bob and his brothers all still live locally and have fond recollections of their childhood.

“I have happy memories of growing up in the Agnes Hunt Village. There were a lot of families with children mainly with parents working at the Derwen or the Orthopaedic Hospital,” he says.

“There were many people who suffered debilitating conditions or disability. We all played together and helped each other out. We played football and cricket on the lawn in the middle of the cul-de-sac. There was only one tree there at the time so it was perfect for sports. I remember a gardener called Ivor who would cut the grass perfectly for cricket.

“We knew everybody and used to play and cycle around the Derwen and follow the path through the field to fish in the brook. We used to get wheels from the old wheelchairs to make our go-karts.”

The family remains connected with the RJAH Hospital and Derwen.

Bob’s brothers, children and nephews continue the tradition with many family members still working at the Orthopaedic Hospital as nurses, pharmacist and admin, says Bob.

“All three of us have been closely linked to Derwen and the Orthopedic Hospital, and it’s lovely to see that link with Agnes Hunt carry on to the next generation.”

For more information regarding the Agnes Hunt Village Project and the launch on Thursday, 7th November visit www.agneshuntappeal.co.uk email fundraiser Anna Evans on anna.evans@www.derwen.ac.uk or telephone 01691 661234.