Two Derwen College students, who have covered many miles and raised thousands of pounds for the college, were nominated for High Sheriff of Shropshire’s Outstanding Young Citizen Awards.

Thomas Alexander and William Chapple were nominated for their commitment and hard work at college and in the community. Judges were particularly impressed by their efforts in walking and running many miles to raise funds for Derwen College Charity.

Retail student Tom was commended for his hard work for Derwen College Charity, Duke of Edinburgh’s Awards, Student Union Board, and Retail work and work placements.

He was nominated by Retail & Enterprise pathway lead Sioned Davies, with backing from many other staff and supporters including fundraiser Anna Evans, Sports and Leisure Lead Steve Evans, Retail teacher Jerry Wilford and Mark Prust, owner of Llanfyllin Spar where Tom has a work placement.

William was commended for his hard work in Hospitality & Food, for Derwen College Charity, his sporting efforts, Student Union Board, and for his compassionate nature. He was originally nominated by Hospitality lead Alison Adams, with backing from the hospitality team, fundraiser Anna Evans and Sports and Leisure teacher Steve Evans.

This year’s ceremony was a virtual one which was hosted on Facebook.

All the nominees had their achievements and efforts celebrated individually during the broadcast and all received a certificate and gift for being nominated. 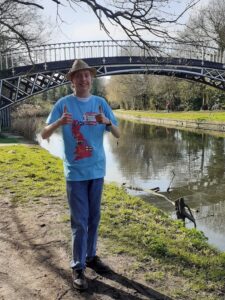 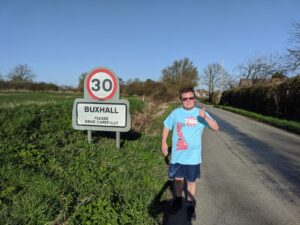 Well done to Tom and William from all of us here at College, we are incredibly proud of all your hard work and achievements.

The pair continue to fundraise for Derwen and are currently taking part in the Derwen Easter Challenge.