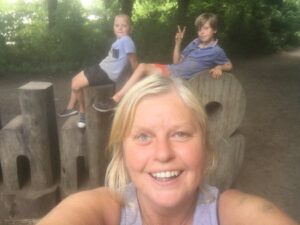 in deputy Mayor Jane Carrington, is walking an average of eight miles a day throughout August to raise money for a cause that’s close to her heart – specialist further education college Derwen College.

Councillor Jane Carrington, who is a teacher at the Gobowen-based college for young adults with special educational needs and disabilities (SEND), is taking part in the #DerwenLEJOG charity challenge.

Teams of six are tackling the virtual distance from Land’s End to John O’Groats, a staggering 874 miles, throughout August to raise money for Derwen College Charity. Money raised will go towards supporting students to develop their independent living skills.

Jane has recruited family support on her walks, including children Noah, aged nine, and Sonny, aged six, her dog Trevor. Jane’s family walks have taken her many local places of interest, including Lake Vyrnwy, where they met television presenter Iolo Williams. They have also tackled walks around Aberystwyth, while on holiday, as well as Ellesmere, Lake Vyrnwy, and around Llanfyllin and Llanfechain.

Jane says: “I always walked a lot in my youth, and this has definitely inspired me to carry that on exploring tracks and foot paths locally. A local friend of mine, Norman Williams, has been advising me on some lovely local walks, so it’s a real community effort.

“The kids are enjoying it, and my dog loves it but I sometimes like to go alone. My dad passed away earlier this year, so I like to reflect – walking has been good therapy.” 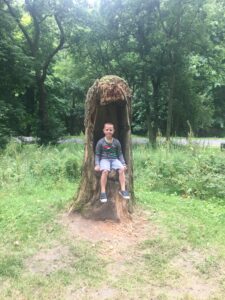 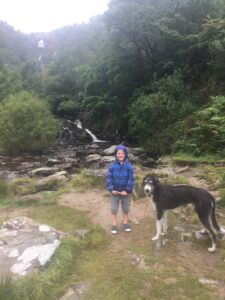 Jane’s Derwen College team includes friend Claire Ashton-Jones who has worked throughout the pandemic at Danby’s Pharmacy, in Llanfyllin, but still has time to clock up some serious miles on Strava.

She is also joined by Derwen College co-workers Ben Leonard, Phil Davies, Clare and Connor Skelly who spur each other on over social media.

“Phil is the real inspiration, he’s like a machine, every day clocking up 10 plus miles either running or walking, always with something good to say about our days walk in the chat, he keeps us going. Ben is the intrepid one he goes walking on adventures to derelict sights locally. Claire Ashton is the early bird, usually dog walking or running at about 5am. Clare Skelly seems to get herself into comical situations!”

Jane says it was important for her to help raise money for the college, which has lost more than £50,000 of donations due the cancellation of fundraising events this year.

She said: “I’ve worked at Derwen College for 16 years, things have changed a lot in those years, and this year has been unprecedented. Whereas in previous years I might have sponsored my students to do the Derwen Sponsored Walk, I haven’t had that opportunity this year so felt I’d better get active to support the college instead.

“Derwen is an amazing place, our students gain experiences, skills and develop independence, friendships and memories that will last them a lifetime. To see former students coming back having found employment, go on the further education, supported living and find good relationships is exactly what it is about and makes me feel proud every time.”

Supporters can sponsor Jane for all her hard work for the #DerwenLEJOG challenge at https://bit.ly/FundDerwenLEJOG 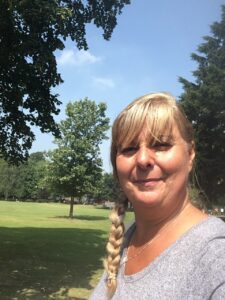 Teresa is aiming to lose 4 stone in weight and so far has lost 8lbs. It’s not been easy for Teresa, who is best know for supervising hospitality students in their work placements at Gobowen’s Station Cafe.

“Believe me when I say it’s been tough going trying to eat healthily and avoid alcohol,” she said.

“You’ll be pleased to know that I’m sticking to it though and I’m making slow but steady progress! My starting point was 14st 5lbs and today stands at 13st 11lbs (8lbs). I have aimed to do this slowly, so a steady 1lb loss each week is the perfect target I’ve set.”

Eating healthy and taking more exercise has been the key to Teresa’s success so far.

“I’m staying off cakes, sweets and chocolate. And have had three drinks of alcohol in the last 6 weeks  – this is my toughest challenge as I love a drink and catch up with my friends.”

“I started walking every day around 6,000 steps on average, but this is now around 12,000 steps a day. I have really enjoyed all the walking I’ve been doing. Its good for my fitness, but it is good for the mind and soul too!” she added.

Teresa has raised £126 and is aiming to raise £500 for Derwen College. You can support her challenge here. 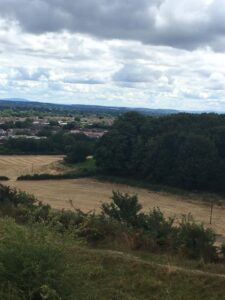 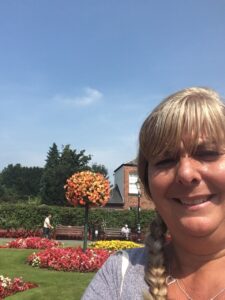 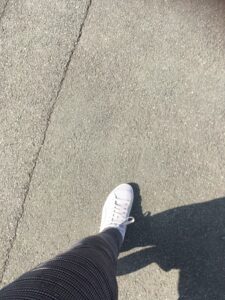 Looking at post-16 options for a young person with SEND, autism, challenging behaviours or PMLD? Then now's the time to register your interest for 2023 entry. Visit https://www.derwen.ac.uk/about-derwen/admissions/ to fill in an initial enquiry form or sign up for an Open Day. #APlaceOfPossibility