We have been advised that there is a new app that is going viral among many (primary and secondary) school age pupils.

The game is advertised as a school dating app and does not require parental checks to download. It is a free APP and although users should be 13+ years children can easily agree to being over the age. Once downloaded, children have ready access to their own account.

The app begins as a colourful and light-hearted game but takes a sinister turn within an hour of children playing where their online friend starts to talk about depression and eventually commits suicide.

The NSPCC Online Safety team are aware of the APP’s existence and information regarding the APP will be provided at future Safeguarding training to schools. It will also be shared at the next Schools’ Safeguarding Group meetings. 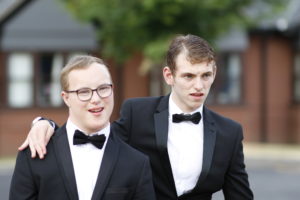 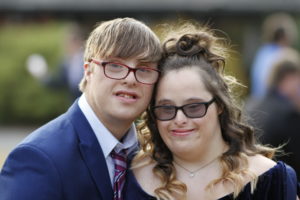 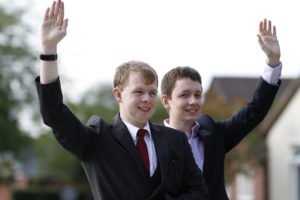 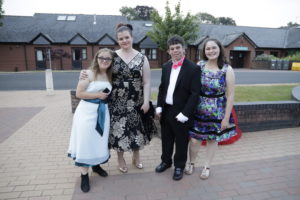 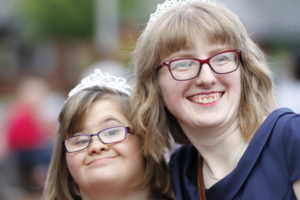 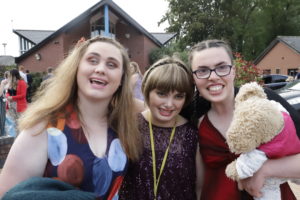 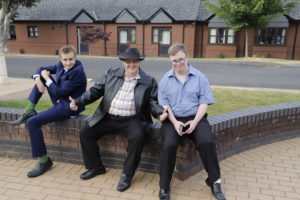 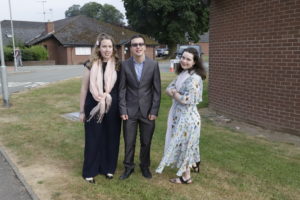 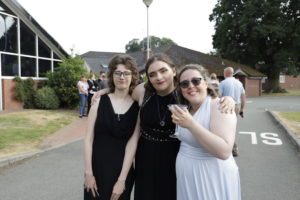 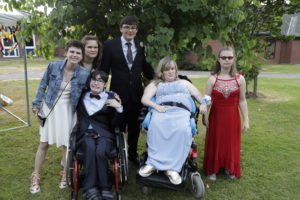 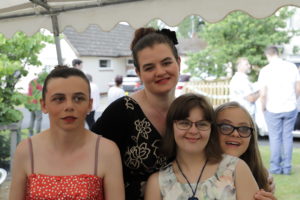 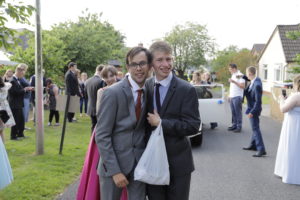 Students sparkled in evening wear, black tie and even a tiara or two for Derwen College’s 2018 Prom.

The red carpet event saw learners dress up to the nines for the annual end of year celebration at the college for young adults with learning difficulties and disabilities. There were tears of joy and sadness as students celebrated another academic year of hard work, learning and new friendships; with many enjoying their last prom before moving on to pastures new.

The event, held at Derwen College, in Gobowen, was organised by the Student Union Board, and made possible due to support of local businesses and dedicated staff; Oswestry architects DPA, Stan’s Superstore in Oswestry, Sainsbury’s Oswestry, and Jamie Ward’s Traditional Family Butchers donated funds to help create a special and memorable occasion for the students. Money was also raised through the sale of home-made fudge by Derwen College baker and food operative Angharad Davies.

Learner Voice Co-ordinator Sarah Laszlo thanked everyone involved in making the Prom such a fabulous occasion.

She said: “Thanks to all the students who went the extra mile to create a prom that was full of glamour and fun. It was a wonderful farewell to our learners who are leaving us this year, and a celebration of all the work that we’ve done over the past academic year.

“Thanks also to our sponsors who helped make the evening special with their generous donations, and to Angharad for making delicious fudge that sold out almost as soon as it had set.

“A massive thank you to everyone who contributed to make Prom such a lovely event this year. The students had a great evening with lots of fabulous memories made!”

Derwen College works with young people with learning difficulties and disabilities, providing inspirational learning, development and care to enable the achievement of aspirations which transforms lives.

The college has received three consecutive Ofsted ‘Outstanding’ gradings, and recently won a National Union of Students Democracy Award for the work achieved through its Student Union Board. 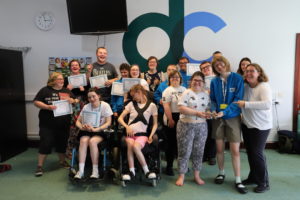 Derwen College celebrated the end of term with a prestigious national award in the National Union of Students (NUS) Awards.

The Student Union Board of Derwen College, near Oswestry, won a national Democracy Award for its commitment to ensuring that students’ voices are heard and valued.

Students at the college for young adults with learning difficulties and disabilities won the award in the National Union of Students (NUS) Awards. The trophy recognises Students’ Unions that have demonstrated and strengthened their commitment to democratic principles.

Derwen College’s Learner Voice Co-ordinator Sarah Laszlo was also named as runner-up in the Simpson King Staff Achievement Award. The accolade recognises staff members that have lived the values of and contributed to the wider student movement.

The awards were presented on 4th July at the Students’ Union conference and were attended by Sarah Laszlo, Learner Voice practitioner Sue Richards and students Bethan Charles and Ophir Yaron.

The NUS Awards are an annual celebration of the extraordinary work which FE and HE students’ unions, officers and staff undertake each day, across all activities, whilst reflecting on the achievements of the past year.

Derwen College made the shortlist of eight for the Democratic Award and was up against mainstream universities including Student Unions at Aberystywth University, Bath Spa University, University of Bristol and University of Salford.

The college was praised for its work in implementing democracy workshops where learners discussed having a voice and impacting change through the democratic process, particularly regarding Student Union Board elections.

Derwen College’s Sarah Laszlo was also named in the final two for the Simpson King Staff Achievement Award, and was praised for her work in setting up a small student council which has now becomes the college’s Student Union Board. Through Sarah’s determination, passion and commitment working with students, the board has gone from strength to strength.

The judging panel commented: “We felt that Sarah was a nominee who embodied the values of our movement. Her commitment to learner voice and to students has made a great difference to the college and made a lasting impact on our movement.”

Sarah Laszlo said she was proud of the achievements of Derwen College’s Student Union Board over the past year, and delighted that their work had been recognised by the NUS.